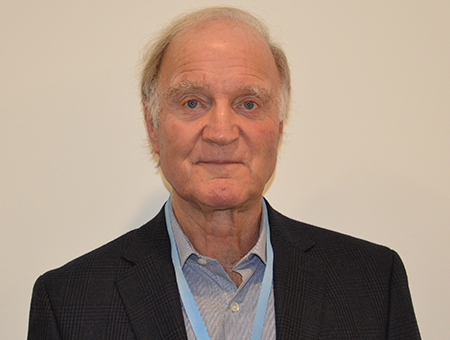 Jon was educated at the University of Edinburgh (Masters Degree) and University of British Columbia (PhD) in Geography. He worked with the Federal government in water resource management for five years and moved to the BC Ministry of Environment where is was Assistant Deputy Minister for ten years.

Since leaving government in 2004, he worked for the BC Salmon Commission as Research Director to direct science into reducing interactions between wild and farmed salmon on the BC Coast. He is now an Associate with the Polis Project for Ecological Governance at the University of Victoria advising on innovations in watershed governance. He is also Research Director for the Adaptation to Climate Change Team (ACT) at Simon Fraser University and has co authored a book on the Climate Nexus — the interactions between water, food energy and biodiversity and the Changing Climate.

His research interests in natural capital are to increase resilience of natural systems to climate change through restoring and maintaining natural capital. He is an advisor the the BC Government on the review of the Columbia River Treaty focussing on valuing ecosystem services in the Columbia Basin